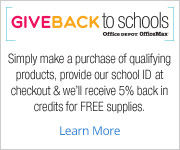 Clint Patterson is the high school Bible teacher at First Academy Leesburg. Clint is a Leesburg native, graduating from Leesburg High School in 1994. He graduated from East Tennessee State University (Johnson City, Tennessee) in 1999 with a Bachelor of Science degree in Physical Therapy. He has worked as a Physical Therapist for over 15 years, primarily in the Home Health environment.

From an early age, while attending youth at First Baptist Leesburg, Clint believed that God had called him to full-time Christian ministry. While still working as a Physical Therapist, Clint finished his Master of Divinity degree in 2013 from Andersonville Theological Seminary in Andersonville, Georgia. Over the last four years, Clint has been the Senior Pastor at First Baptist Church in Zellwood, Florida. Clint is entering his second year as the high school Bible teacher at First Academy Leesburg. He is married to Amanda Patterson (First Academy Leesburg Guidance Counselor) and has three boys (Ridge, Roan, & Reid) who all attend school at First Academy Leesburg.